Upon arrival Laura put the Lower Heath pupils through their paces with some energetic circuit training on the school field. The athlete then addressed the pupils in an assembly, where she went on to explain her sport. She told the pupils about her inspiring sporting journey, from how an athlete visit to her Primary School had encouraged her to try sport and from this, Laura went on to discover her talent for Triple Jumping after a school coach encouraged her to give it a try. The pupils were engrossed as Laura explained how in 2014 she competed in the Commonwealth Games Final, achieving a Personal Best of 14m 09cm, which resulted in her becoming a silver medallist.

As part of the Sports For Champions scheme the Lower Heath pupils have been working hard completing sponsorship forms. Siblings Olly and Lily Sewry managed to raise a fantastic £72 between them for the athletes visit, which was the largest total managed from one family. The school in total raised a substantial £465. The pupils efforts were rewarded with certificates presented from Laura for their outstanding contributions. Sports For Champions will use some of the money raised to financially aid unsponsored athletes, allowing them to pursue their goals and train to a high standard; the remainder of the funds is put back into schools to support sports development.

Mrs Deborah Sadler, Headteacher at Lower Heath CE School, commented: “We were so pleased to welcome Laura Samuel to Lower Heath CE Primary School to officially open our new sports facilities. The pupils have been really excited leading up to Laura’s visit and have had a fantastic time today. Laura’s story is truly inspiring and we hope that her visit really encourages and motivates our pupils to get involved with a variety of sports and activities. We would like to thank Laura for visiting and wish her success in her future competitions”. 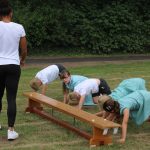 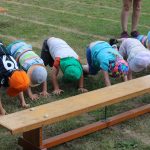 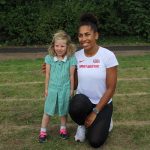 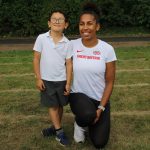 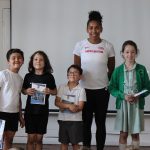 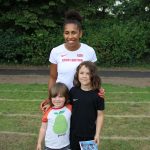 Posted by marchesadmin on 22nd July 2019, under Uncategorised