Last week in Nursery we read the story ‘Somebody swallowed Stanley’ all about a plastic bag which is mistaken for a jellyfish after it ends up in the ocean. We learned that this sadly happens to a lot of the world’s plastic waste and large areas of the ocean have islands made completely of rubbish; the largest being The Great Pacific Garbage Patch. We watched a Go Jetters episode on it and then recreated it using our small world sea creatures and a large roasting tray (which we recycled afterwards). We placed the sea creatures and some clean water into the tray, then dropped in some oil and cocoa powder to symbolise the oil in the sea and then added in satsuma nets and bits of plastic to the tray. We tried to play with the sea creatures but they kept getting tangled in the rubbish and were slimy from the oil, so we cleared the rubbish with tweezers and cleaned all the oil from the animals before giving them fresh, clean water. It made us happy that we helped a little and we have told all our grown-ups to recycle. The sea creatures even had a splash in our giant outdoor water table during the week as well! 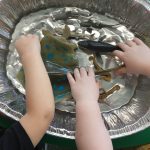 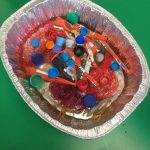 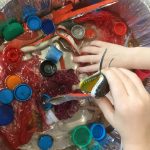 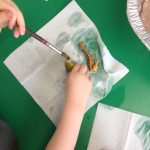 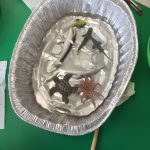 Posted by marchesadmin on 10th February 2020, under Uncategorised