On Monday 11th November, pupils at Lower Heath CE Primary School along with parents, school Governors and Friends of Lower Heath gathered together for a reflective Remembrance Service.

Mrs Deborah Sadler, Headteacher at Lower Heath CE School spoke to the congregation about the importance of coming together to reflect on the conflicts from WW1, WW2 as well as more recent conflicts around the world in places such as Afghanistan, Syria and Korea. The theme of the service was ‘Remember Together’ which is the focus of the Royal British Legion this year. The pupils listened attentively as Mrs Sadler spoke about the courage and sacrifice of those who fought not only for Britain but amongst the allied troops and Commonwealth Countries. The pupils in Owl Class then rose to their feet to read their beautiful poem dedicated to an unknown soldier, which they had been collectively working on in preparation for the day.

One of the highlights of the service was welcoming special guest, Veteran Harry West into school. The congregation enjoyed hearing about Harry’s incredible story, from how he was enlisted in the Royal Navy as a volunteer at the age of just 17 years old. As an able seaman Harry initially wanted to sail on submarines but was restricted by his age, resulting in him instead becoming a member of the Landing Craft Tank 2272, a vessel designed for carrying tanks and various other equipment. Harry went on to explain some of his medals to the pupils, in 2018, Harry along with other surviving ‘D’ Day veterans was presented with France’s highest military award known in English as the ‘Knight of the order of the legion of honour’, along with this award the veterans also received special privileges from the French Government and on behalf of the French people as a thank you to those who fought and risked their lives to secure Frances liberation in WW11. In June 2019 Harry was also invited to attend a trip organized by The Royal British Legion and the UK Government to commemorate 75 years of the ‘D’ Day landings – one of the most remarkable allied wartime operations.

Mrs Sadler then brought the service closer to home, reflecting on the boys of Lower Heath School, who were sadly killed during WW1 and could be seen displayed on the school cenotaph. Much memorabilia was kindly brought together for the Remembrance Service which the pupils and guests had opportunity to look at. The service concluded with a two-minute silence, the pupils singing a song of remembrance and followed by a prayer from Reverend Armstrong.

Mrs Sadler commented: “We are privileged to have been able to welcome Harry West to Lower Heath CE Primary School today. The pupils and guests thoroughly enjoyed hearing about Harry’s courageous story. Our pupils really appreciated having the opportunity to ask Harry questions and find out about his experiences. A big well done to our pupils today for playing such a big role in the service through their thoughtful poem and questions. On behalf of Lower Heath I would like to thank all our guests who came along to our service and a special thank you to Harry for sharing his story”. 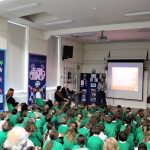 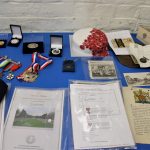 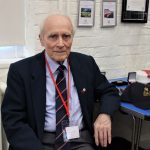 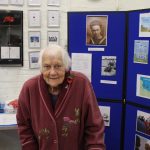 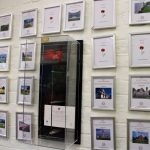 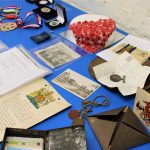 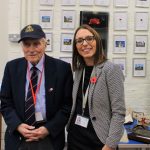 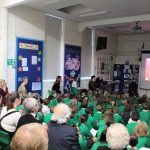 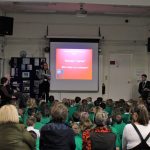 Posted by marchesadmin on 11th November 2019, under Uncategorised