Trip to the National Waterways Museum

On Friday Skylark Class went on a trip to the National Waterways Museum in Ellesmere Port. It was an absolutely fantastic day!

After that, they went and looked at the Manchester Ship Canal and the River Mersey. They learnt that the River Mersey is tidal like the sea, so when the pupils went to look at it not much water could be seen.

Next the children built a huge map on the museum floor, this map shows how the Shropshire Union Canal joins the Manchester Ship Canal which then joins the River Mersey and into the Irish Sea.

Finally they spent the afternoon looking around the museum, their favourite part of this was the Engine Room, where they watched and turned on the different engines to see how they moved and worked. 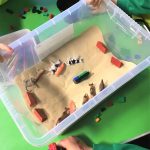 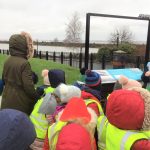 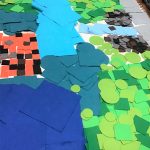 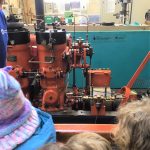 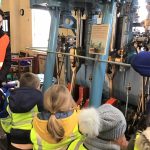 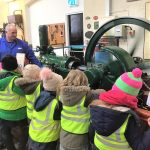 Posted by marchesadmin on 2nd March 2020, under Uncategorised